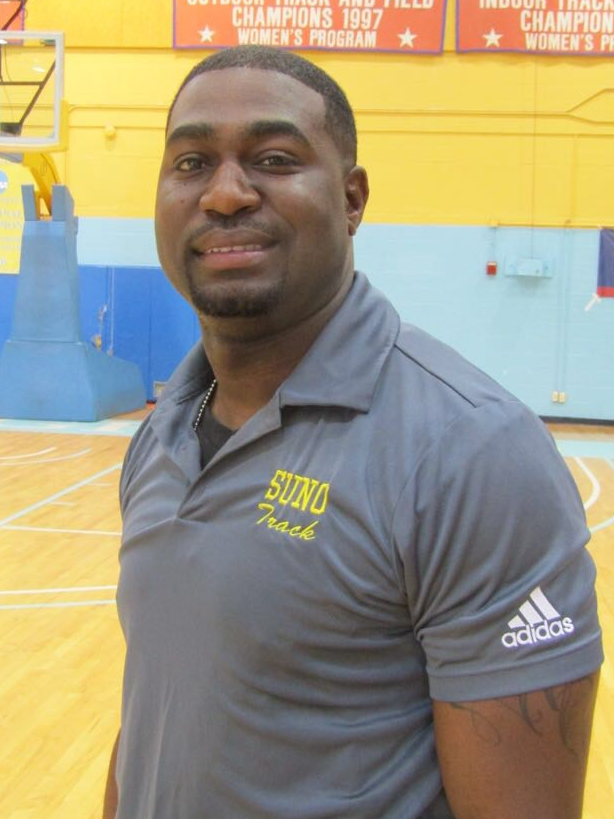 Younne Anthony Reid, originally from St Ann, Jamaica, has been part of SUNO’s track program for nine years. He attended Holmwood Technical High School and G. C. Foster College of Physical Education and Sport in Spanish Town, Jamaica. He also is a proud graduate of Southern University at New Orleans, where he earned a Bachelor's degree in Management Information Systems. A USATF level one track and field coach, Reid's training in Track & Field began at a young age. He joined the Racers Track Club, training alongside Olympic Medalist Usain Bolt. It was there that his love for coaching began, being tutored by the great Glenn Mills and Maurice Wilson of G.C Foster College and spending a brief period of time as part of their coaching staff.

His fondest memories as a student athlete are from his time at Holmwood Technical High School. He was a medalist at the Boys & Girls Championships and a part of the only Holmwood team -- to date -- to win Gold in the 4x100 meter relay at the Penn Relays. Currently working on his master degree, Coach Reid enjoys working with SUNO Track & Field team. He hopes to continue guiding student athletes and leading SUNO to success. His personal goal here at SUNO is to assist the athletes to become more rounded athletes.