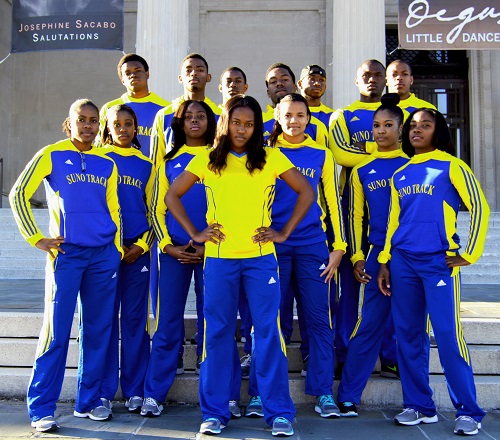 For the second consecutive year, the Knights led all schools in event victories at the 2016 GCAC Outdoor Track & Field Championships. In the Women's Championship, the Lady Knights came in second place.

The Lady Knights missed winning the title by 17 points. SUNO dominated on the track, winning nine out of 12 events. Oshin Brooks-Gillings was a part of five of those wins. She ran anchor on SUNO’s 4x100 meter relay team that broke the championship record with a time of 46.40 seconds, as well as the 4x400 team that set its own GCAC mark with a time of 3:49.53. Brooks-Gillings set conference marks in both the 100 meter (11.63) and 200 meter sprints (24.09).

Her teammate Orenthia Bennett had almost as good a day. She was a part of four winners; the 4x100 and 4x800 meter relays, along with the 1500 meter and 800 meter runs. The Lady Knights also got victories from Shadae Hylton in the 400 meter dash and Shantae Green in the 400 meter hurdles.